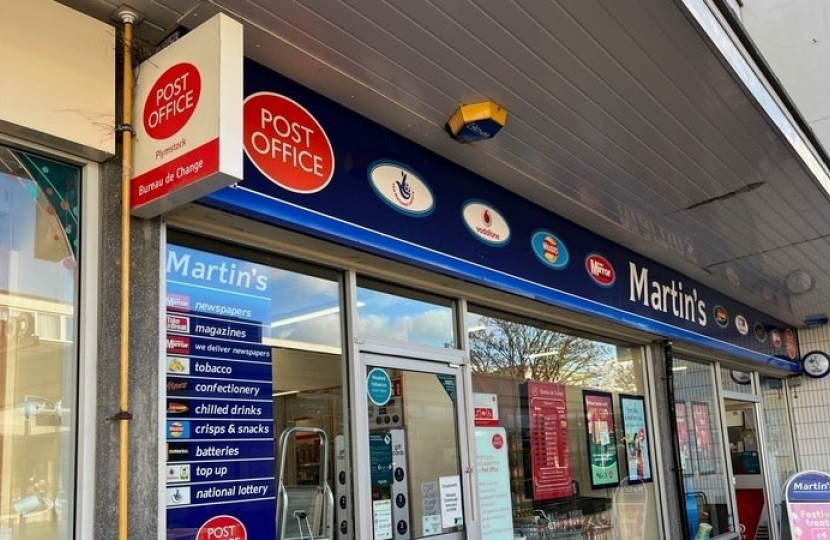 Plymstock’s Conservative Councillors have launched  a petition to save the Post Office on the Broadway.

There has been an announcement that the Martin’s newsagent at Plymstock Broadway is closing and that this means the Post Office will be closing too. Morrisons, who own these stores, are closing 132 across the country including 55 with Post Offices.

Clearly this is concerning news given the wide range of services many residents access via the Post Office.

So far, the Post Office have been reassured by Morrisons that the store will remain open until January 2023. In the meantime, work is being done by Post Office Ltd to assess what happens next.

Plymstock's local Councillors want Post Office Ltd to know how much the Plymstock community values having a Post Office at this location and how important it is to the Broadway Shopping Centre by signing this petition.

Do you want to see a Post Office remain at Plymstock Broadway? By signing our petition you are joining the many local residents who agree with you and helping us provide evidence to help lobby the Post Office to keep a branch at the Broadway.

Our Plan for a Stronger Economy

Read about how our plan is tackling inflation and helping you with the cost of living.